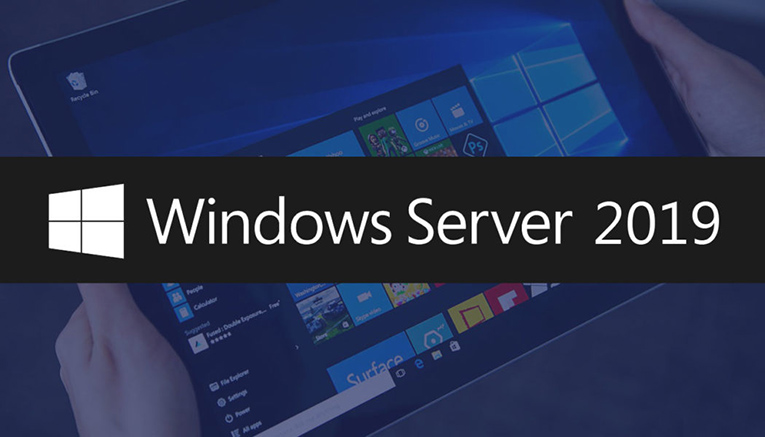 This optional feature on demand is available on a separate ISO and can be added to Windows Server Core installations and images only, using DISM.

Windows Defender ATP Exploit Guard is a new set of host-intrusion prevention capabilities. The four components of Windows Defender Exploit Guard are designed to lock down the device against a wide variety of attack vectors and block behaviors commonly used in malware attacks, while enabling you to balance security risk and productivity requirements.

Windows Defender Application Control (also known as Code Integrity (CI) policy) was released in Windows Server 2016. Customer feedback has suggested that it is a great concept, but hard to deploy. To address this, we have built default CI policies, which will allow all Windows in-box files and Microsoft applications, such as SQL Server, and block known executables that can bypass CI.

Security with Software Defined Networking (SDN)
Security with SDN delivers many features to increase customer confidence in running workloads, either on-premises, or as a service provider in the cloud.

These security enhancements are integrated into the comprehensive SDN platform introduced in Windows Server 2016.

You can now run shielded virtual machines on machines with intermittent connectivity to the Host Guardian Service by leveraging the new fallback HGS and offline mode features. Fallback HGS allows you to configure a second set of URLs for Hyper-V to try if it can’t reach your primary HGS server.

Offline mode allows you to continue to start up your shielded VMs, even if HGS can’t be reached, as long as the VM has started successfully once, and the host’s security configuration has not changed.

We’ve also made it easier to troubleshoot your shielded virtual machines by enabling support for VMConnect Enhanced Session Mode and PowerShell Direct. These tools are particularly useful if you’ve lost network connectivity to your VM and need to update its configuration to restore access.

These features do not need to be configured, and they will automatically become available when a shielded VM is placed on a Hyper-V host running Windows Server version 1803 or later.

HTTP/2 for a faster and safer Web

Storage Migration Service is a new technology that makes it easier to migrate servers to a newer version of Windows Server. It provides a graphical tool that inventories data on servers, transfers the data and configuration to newer servers, and then optionally moves the identities of the old servers to the new servers so that apps and users don’t have to change anything. For more info, see Storage Migration Service.

Here’s a list of what’s new in Storage Spaces Direct.

Here’s a list of what’s new in Storage Spaces Direct.

It is now possible to run Windows and Linux-based containers on the same container host, using the same docker daemon. This enables you to have a heterogenous container host environment while providing flexibility to application developers.

Windows Server 2019 continues the improvements to compute, networking and storage from the semi-annual channel releases needed to support Kubernetes on Windows. More details will be available in upcoming Kubernetes releases.

We’ve made integrated Windows authentication in containers easier and more reliable, addressing several limitations from prior versions of Windows Server.

Containerizing Windows-based applications just got easier: The app compatibility for the existing windowsservercore image has been increased. For applications with additional API dependencies, there is now a third base image: windows.

The base container image download sizes, size on disk and startup times have been improved. This speeds up container workflows

We’ve made it easier than ever to see which containers are running on your computer and manage individual containers with a new extension for Windows Admin Center.

Encrypted Networks – Virtual network encryption allows encryption of virtual network traffic between virtual machines that communicate with each other within subnets marked as Encryption Enabled. It also utilizes Datagram Transport Layer Security (DTLS) on the virtual subnet to encrypt packets. DTLS protects against eavesdropping, tampering, and forgery by anyone with access to the physical network.

Network performance improvements for virtual workloads will maximize the network throughput to virtual machines without requiring you to constantly tune or over-provision your host. This lowers the operations and maintenance cost while increasing the available density of your hosts. These new features are:

Low Extra Delay Background Transport (LEDBAT) is a latency optimized, network congestion control provider designed to automatically yield bandwidth to users and applications, while consuming the entire bandwidth available when the network is not in use.
This technology is intended for use in deploying large, critical updates across an IT environment without impacting customer facing services and associated bandwidth.

Now, with Windows Server 2019, it’s easy to deploy and manage through a new deployment UI and Windows Admin Center extension that will enable anyone to harness the power of SDN.

To leverage the high throughput and low latency of persistent memory (a.k.a. storage class memory) in virtual machines, it can now be projected directly into VMs. This can help to drastically reduce database transaction latency or reduce recovery times for low latency in-memory databases on failure.